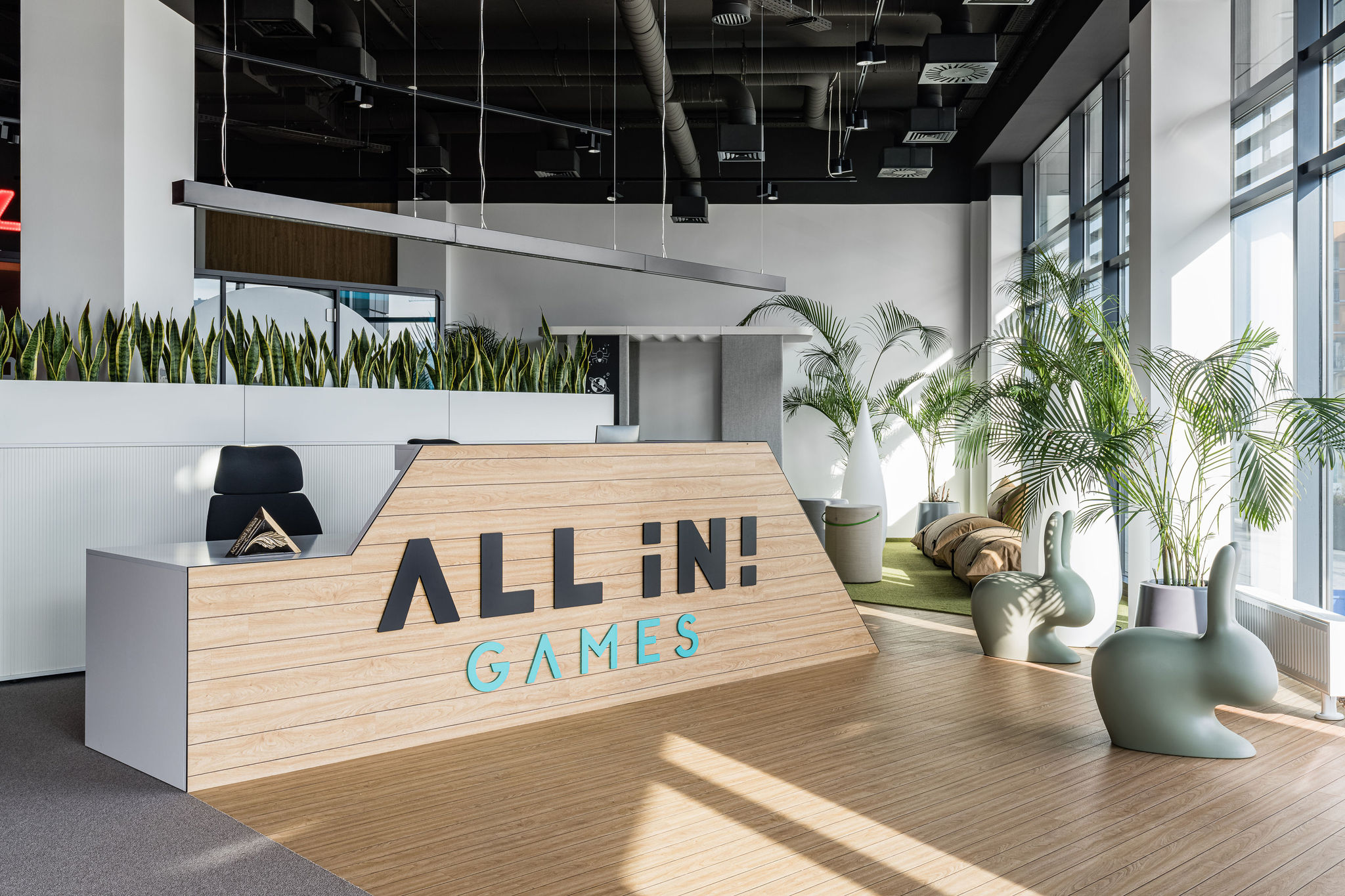 Architects' out-of-the-box thinking, interiors created for a young, dynamic team and the  investor's trust - these things coalesced into the design of All in! Games' new Cracow office. The space was divided into a few main  zones, while the shortest way down from the upper storey, instead of stairs, is… a slide.

All in! Games is a young Polish company with an international team of employees. It was founded in 2018. Now it has an estimated value of 600 million PLN. Its fast development and team's growth made it necessary to create a new office space. It was designed and  furnished by Hoof Cracow - the official partner of Mikomax Smart Office.

- "This is our third project foe All in! Games. Thanks to the trust put in us by the  client, as well as their openness to untypical ideas, we were able to bet on unconventional solutions" says Michał Nowak, Project Manager at Hoof Cracow. "The new office has 550 square metres with 60 workstations. The whole first floor and    a large portion of the ground  floor were in the building shell state, which let us approach the project  comprehensively. We were keen on creating a  functional space that would foster creative work. A space in which everyone will feel well and find a  comfortable working environment.

One of the distinguishing features of All in! Games' new offices is the slide that leads  from the first floor to the ground floor. The implementation of the slide required construction calculations, project documentation, simulations  of slides and calculating the sliding  velocity. A start-stop system was used to ensure safety. The whole construction is suspended, without support at the bottom, thus saving space beneath the slide. It was installed by a company that  specializes in high-rise work. All in! Games office in Cracow is the third office in Poland to have an indoor slide.

The slide is not the only unique and creative thing in this project. What also catches attention are colourful, animal-shaped seats by Qeebo. Another thing that will not leave you indifferent is a funny lamp whose shape and form were inspired by  King Kong. Hush acoustic booths were used for the comfortable game testing zones. The custom reception desk is finished with the same panels that were used on the floor. The table with swings behind the reception has quickly become the favourite informal meeting place.

"All in! Games is a young, international team. Cultural diversity boosts creativity and new, surprising ideas. While working on the project, we put great emphasis on creating interiors that  would meet the needs of the team and fit well into the specificity of the creative industry. We hope that many great ideas and surprised games will be born here" says Kaludia Wilczyńska, HOOF Kraków's architect

The office is clearly divided into a few distinct zones - technical, testing, chillout, work, a large common area and canteen. The division into zones was additionally  highlighted by custom  made LED lighting. The workspace is equipped with ergonomic task chairs, desk-mounter screens and suspended acoustic panels.

- "The All in! Games project is important to us. It let us use our imagination and implement original ideas. This is the direction we want to move towards at HOOF -     arranging office space with different styles" says Piotr Kamiński, Managing  Director at HOOF Kraków.
‍ 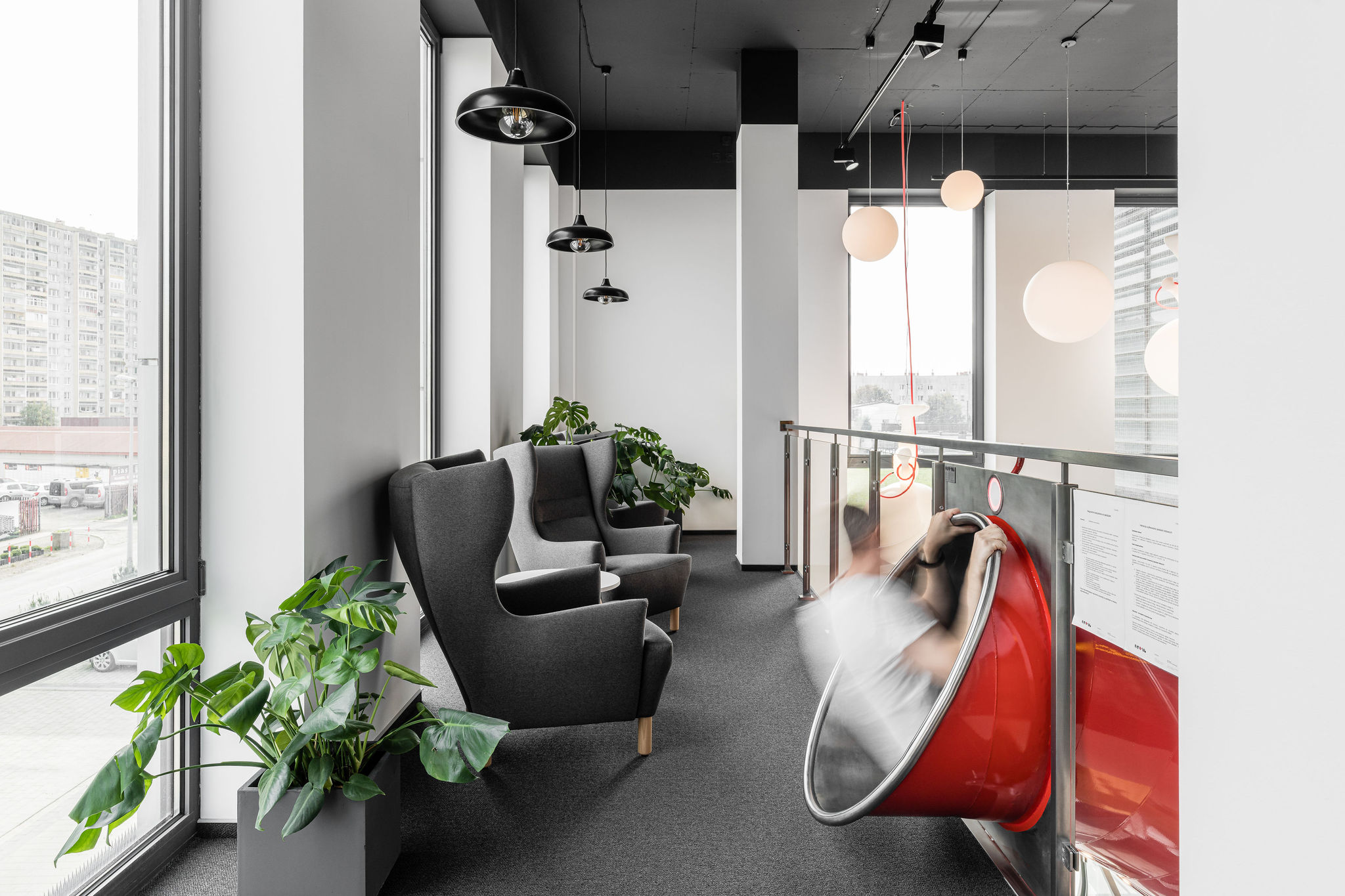 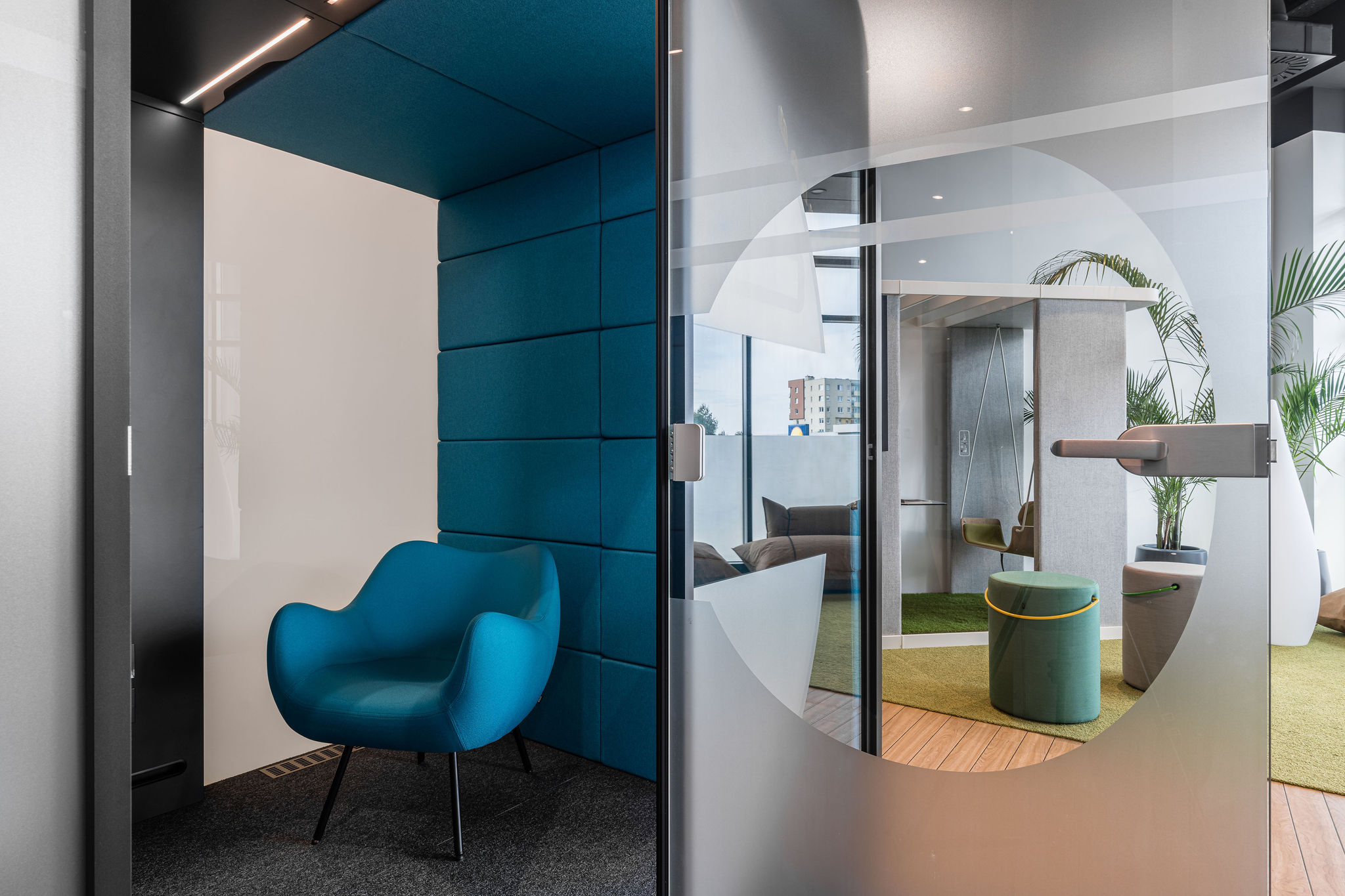 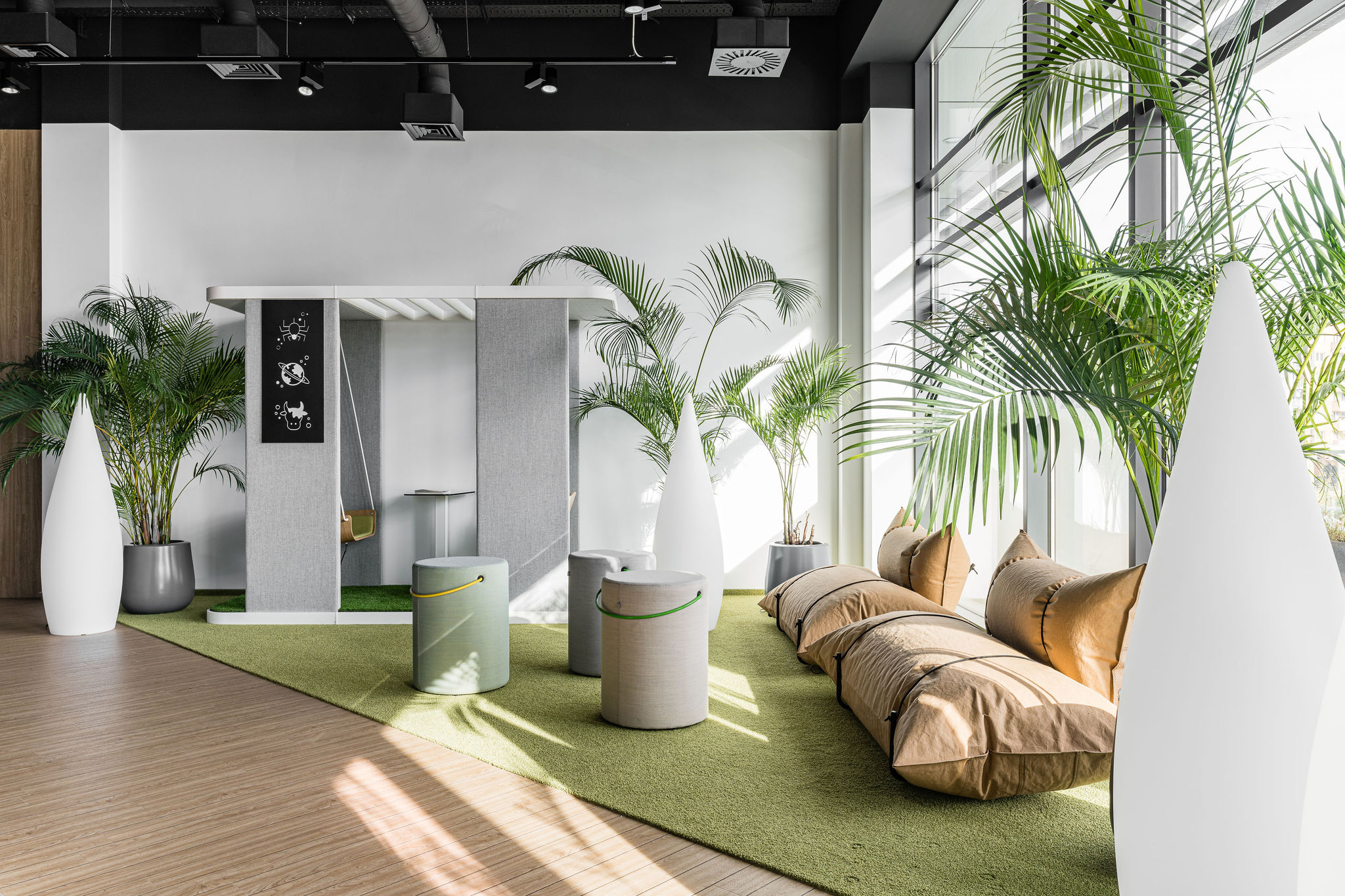 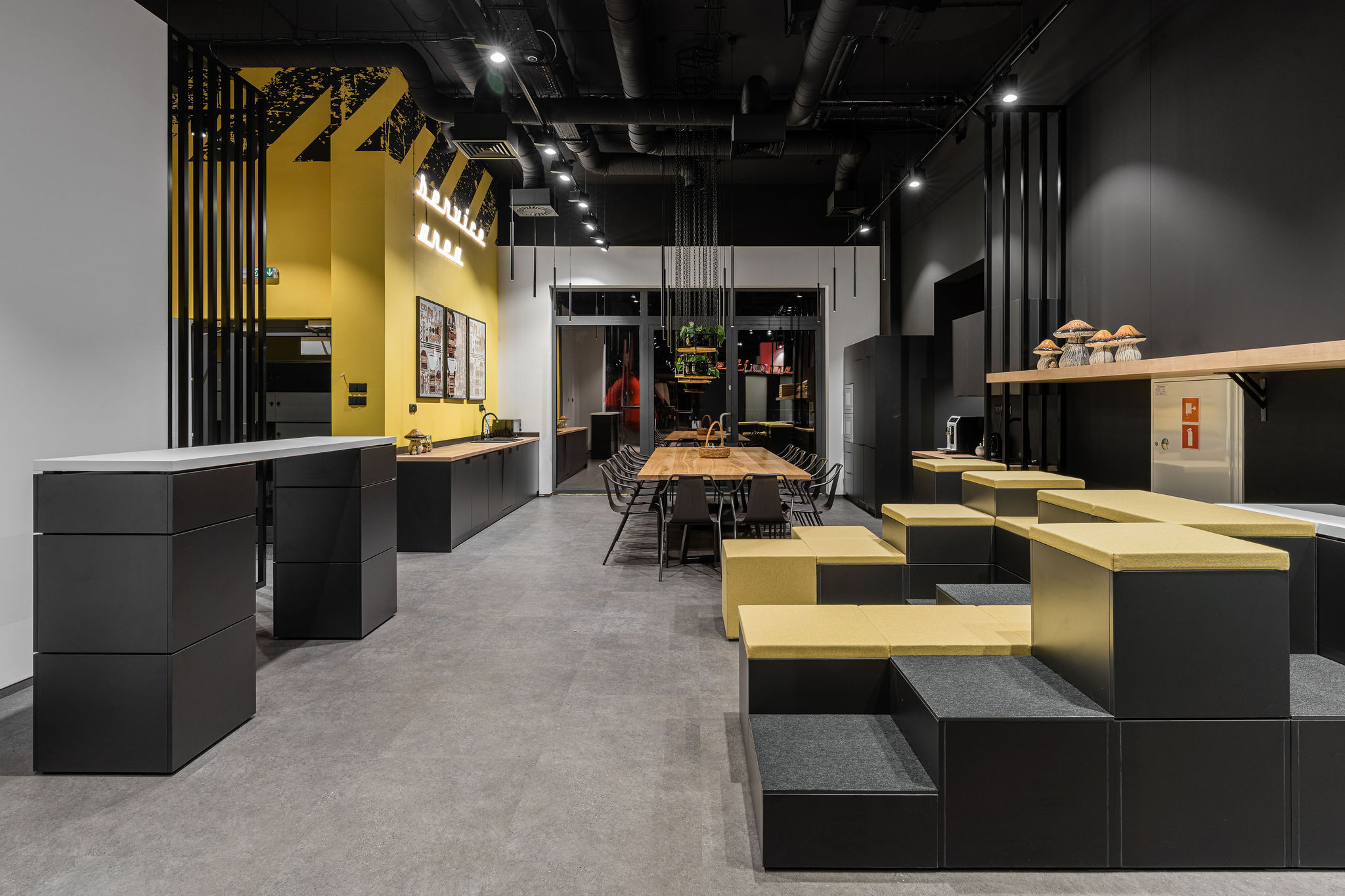 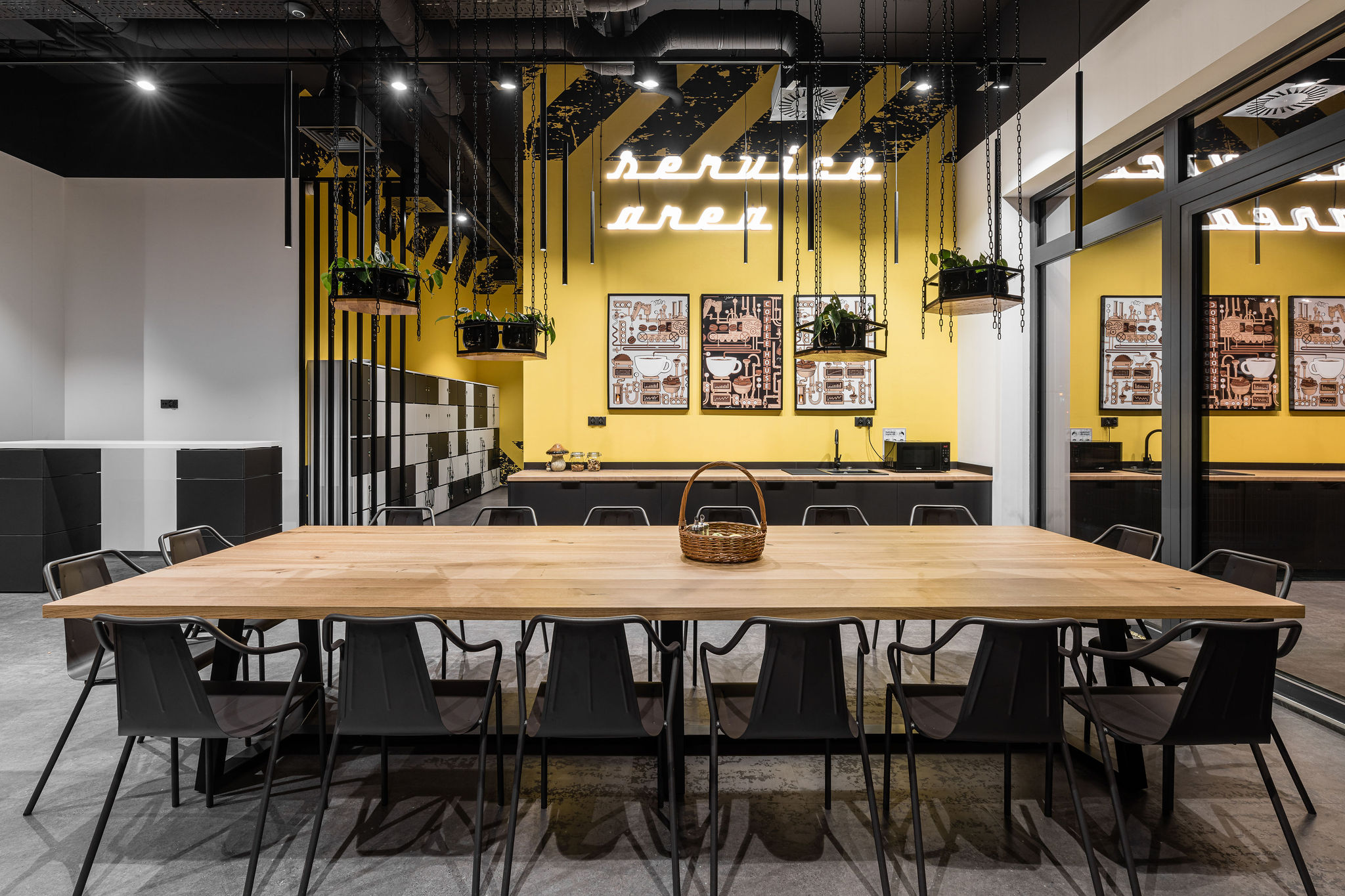 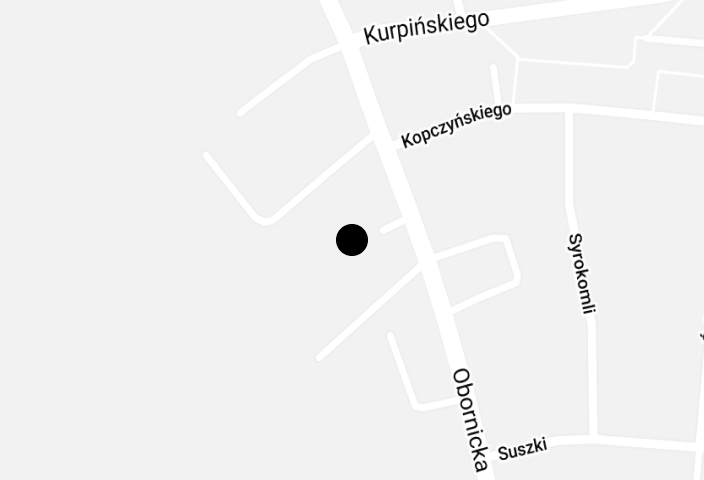 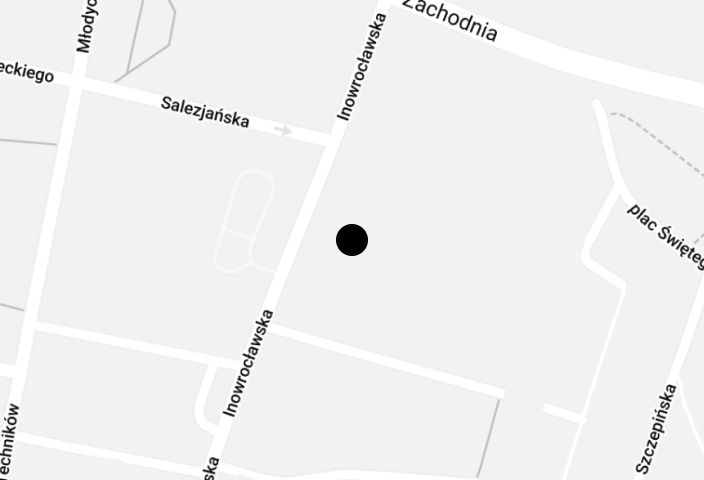 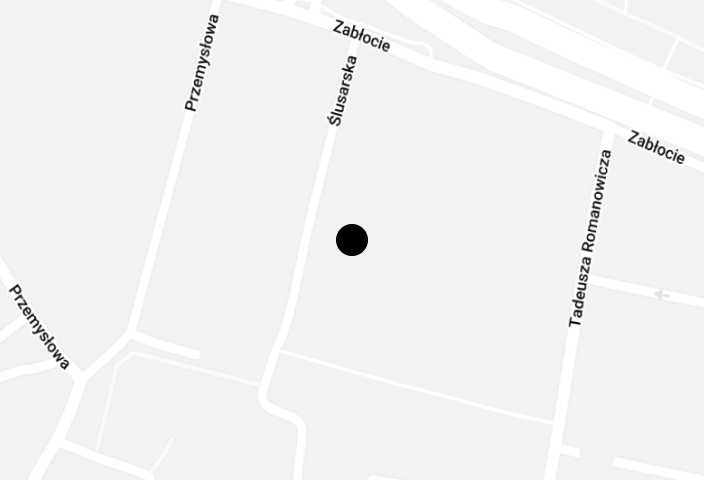 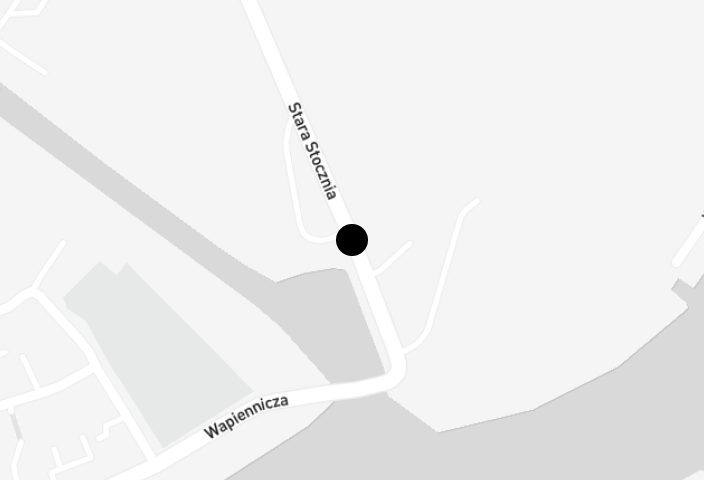